New for this year.

New dates – March 11-21.
The BCA Pool League World Championships will now be held in an earlier and cooler time of year in Las Vegas as part of the CueSports International Expo. The feedback about this date change has been overwhelmingly positive and we are confident that you will enjoy Las Vegas much more in March than the previous July timeframe.
​
No male/female requirement for scotch doubles.
​Due to overwhelming feedback and having FargoRate to accurately rate players, the male/female requirement for scotch doubles has been eliminated. Scotch doubles teams may consist of male/female, male/male or female/female.
​
Pro events return.
​Predator and CueSports International (CSI) are excited to announce the return of the $100k added Predator World 10-Ball Championship and the $25k added Diamond Las Vegas Open during the BCA Pool League World Championships. These events were a huge success in 2019 and you will get to enjoy them again in 2020. They will be played on 9-ft Diamond pool tables in the Pavilion Ballroom of the Rio Convention Center and will be free to watch in person for all BCA Pool League members. You can’t get this at any other league event. 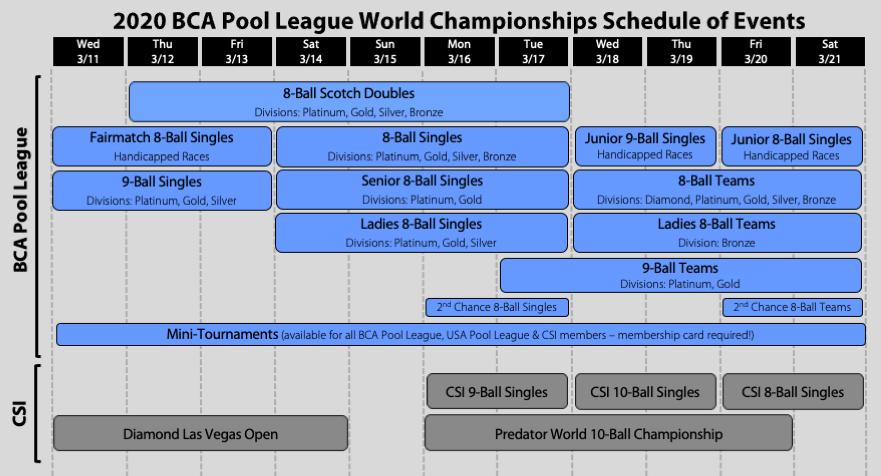